My decision to work the way I do is to give myself the time to comprehend what I am making. My sculptural macrocosms are meant to question, expose, reflect, and hide. I strive for a depth of meaning as well as space. I want the viewer to be a voyeur – to be shown too much and sometimes not enough. The imagery is drawn from my past, the world around me, and the potential of souls, focusing primarily on how we treat each other, and the fears of being human. Evolving from a personal need to meditate on them, I depict images, from the portrait of my newborn nephew after he died, to the political and physical obsessions of men and women. Over several months of work I hope to develop a piece that is provocative to the viewer and involves them in my psyche. I hope to draw the viewer close with security of form and scale, and repel with preciousness and imagery. To create a dynamic relationship between the patron and the piece, I utilize the pull of an appealing feature melding into an abhorrent one. They are a collage of images with a personal aura, who’s ultimate story is written by the audience. In my absence, I want my work to communicate what words always fall short of capturing, a sensitivity in meaning.

James Grimsley received is MFA in 2003 from the University of Georgia in Athens, GA, and his BFA from Syracuse University in 1998. While in Graduate School he developed severe reactions to clay and other irritants related to Ceramics. He developed this method of carving clay to remain in school and in the medium he loved. After graduate school he finished several pieces for a solo show that never came to fruition. For the last 10 years his focus has been renovating a home and becoming a stay at home dad.

MEREDITH GRIMSLEY ARTIST’S STATEMENT
In Zora Neale Hurston’s novel, Their Eyes Where Watching God, she describes the altered state of a woman seeking resolution and solace in prayer:

“There is a basin in the mind where words float around a thought and thought on sound and sight. Then there is a depth of thought untouched by words and deeper still a gulf of formless feelings untouched by thought” 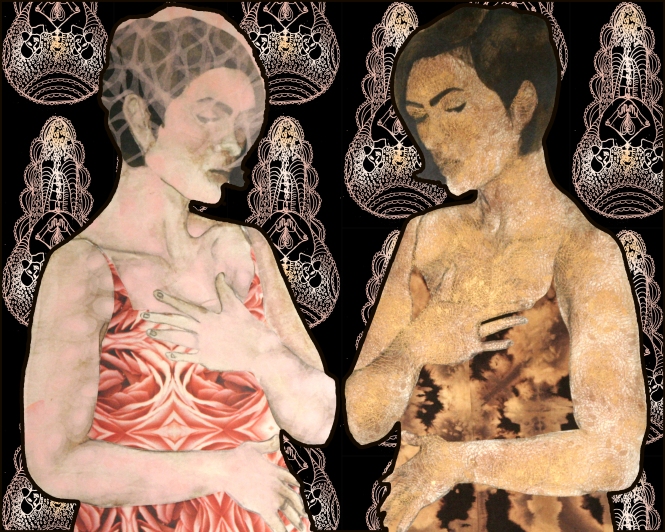 Acknowledging a sense of loss and gratitude in daily life, I imbue the surfaces of my pieces with prayers and patterns which disclose my choices, behavior and faith. Each object made reflects moments of meditation and a longing for grace. In pursuit of truth, my spiritual identity emerges. My soul’s yearning for a connection fuels my imagination. To my audience, I whisper about my search with the physical, indelible mark of the stitch.

Recently, I have begun to contemplate pivotal experiences which permanently alter a person’s life and path. Through both unsettling and alluring imagery, I reveal the psychological impact of: an environmental disaster; the death of a loved one; a terminal diagnosis; a physical ailment; the loss of innocence; the birth of a child; self-destruction; and spiritual conversion or degradation. By striking a balance between beauty and distortion, my work explores the endurance of the human spirit. I am fascinated by the imagery and behavior expressed in spiritualism, mysticism and superstition. I want to delve deeper into these beliefs as well as the psychology and physiology of massive change in people’s lives. Some significant events happen in a breath and are absorbed into our daily routine without examination. Others linger within us endlessly either corroding or correcting our core. Our minds and bodies are permanently reformed. We can be reborn with a new perspective.

BIO OF MEREDITH GRIMSLEY
Meredith Re’ Grimsley received her MFA in 2002 and her BFA in 1999 in Fabric Design from the University of Georgia in Athens, GA. Her work, including wearable art, installation, performance, two-dimensional and three dimensional forms, has been shown in numerous national and international venues in solo and group exhibitions. She is professor of Fabric Design at Bloomsburg University of Pennsylvania.

Hours:
We will be taking a Winter sabbatical as of January 2019.

Please call or email us with any immediate inquiries. 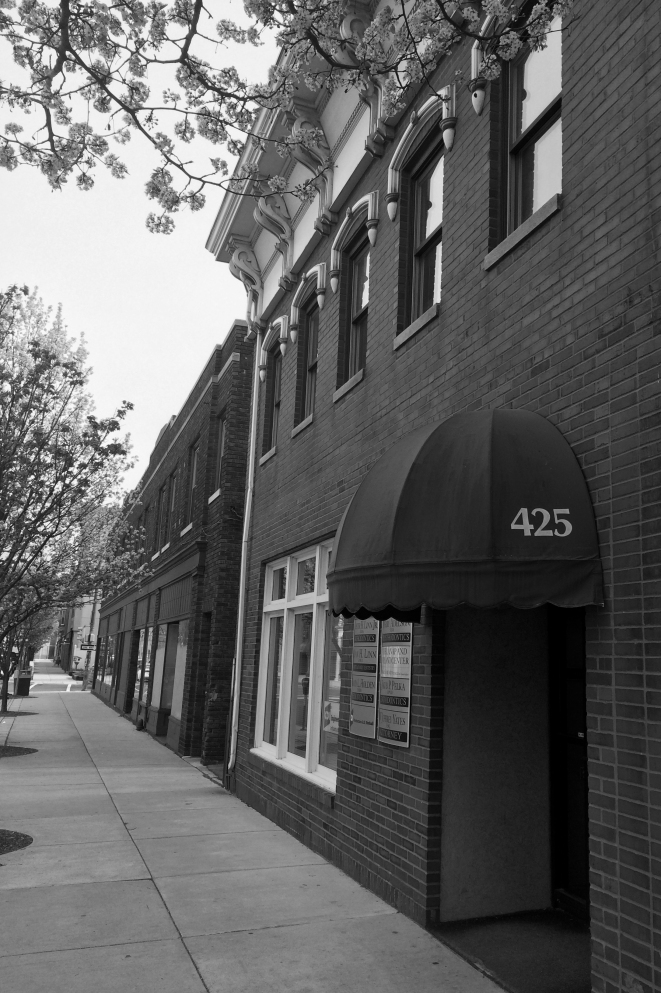